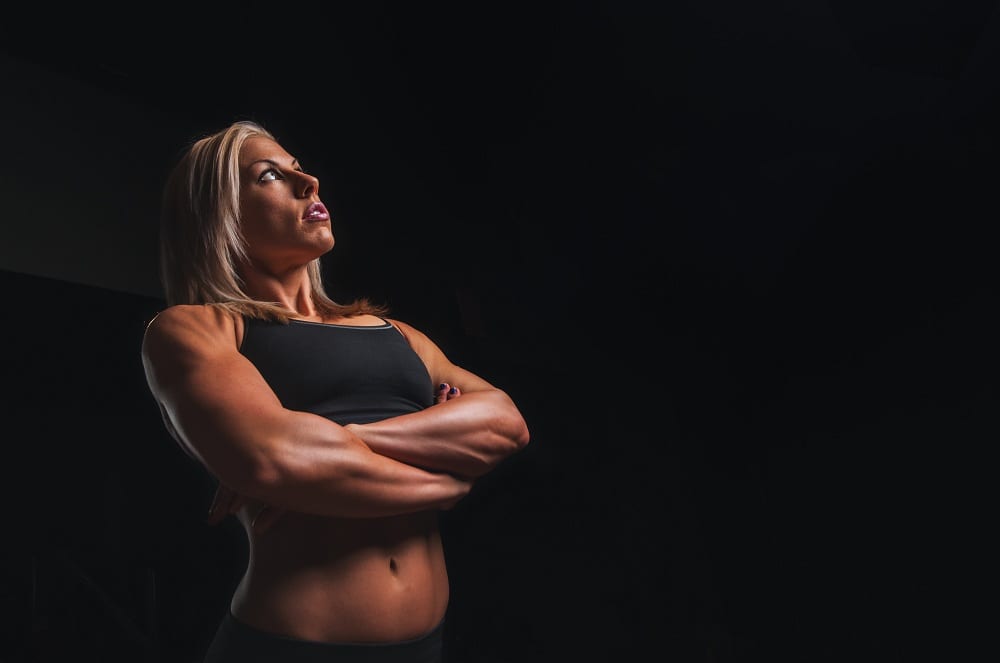 By now, you probably have heard about HGH therapy. Its been discussed on various platforms, more specifically about how it relates to athletic performance. It is every athletes wish to be able to maintain their stamina and strength throughout their life, but as the effects of aging catch up, it sometimes proves to be challenging. Well, in as much as many athletes have already joined the buzz, there is still a lot of research that is being done on HGH therapy for athletic performance.

But first, let us understand the basics of the growth hormone.

The human growth hormone, commonly known as HGH, is produced at
the base of the brain in the pituitary glands. The production of the growth
hormone usually is at its peak during childhood and puberty, and as the clock
ticks and age catches up with us, the production slowly decreases.

HGH production is also higher when we sleep as compared to daytime.
This is more reason why athletes are always advised to get enough sleep, as
part of enhancing their overall performance. An optimal supply of the growth
hormone in the body builds and repairs tissues by stimulating the release of
IGF-1 (insulin-like growth factor-1).

As mentioned above, a sufficient supply of the
growth hormone plays a significant role in building muscles and burning excess
fat throughout the body. Therefore, when there is a deficiency of the hormone, the
opposite tends to happen your lean body mass starts to decrease, bone density
goes down, and you enjoy less stamina and strength.

For this reason, many athletes today have faced the stigma associated with HGH replacement therapy and changed their mind. All with the goal to maintain their performance in the field, and stay in shape regardless of age. 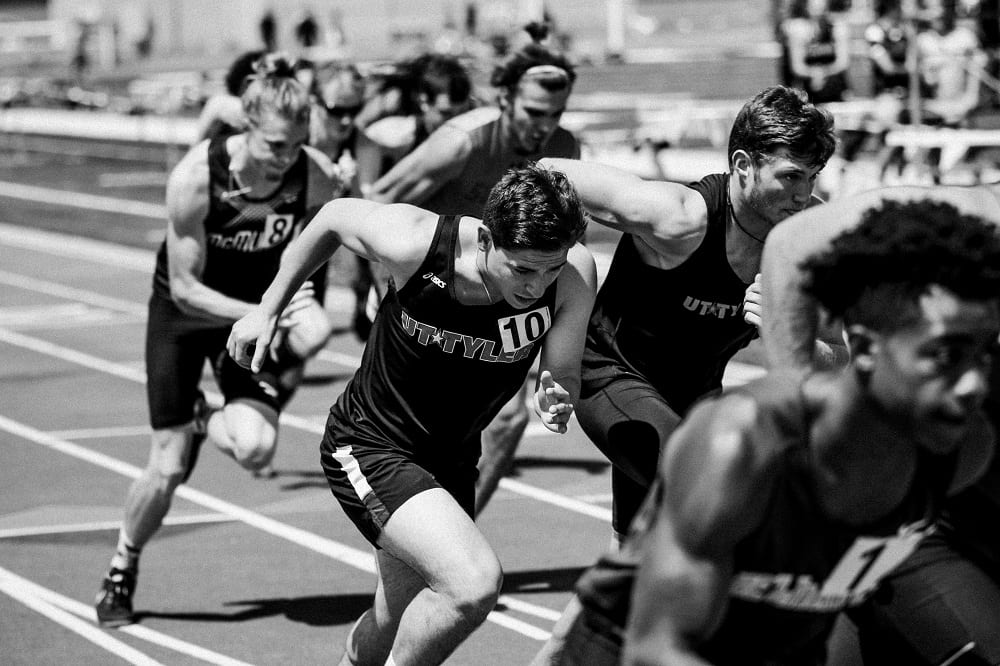 Precaution, however, must be in place. Many athletes are considering clinics without doing their due diligence and research. It is crucial to understand how replacement therapy works, since more often than not it can end up causing more harm than good. As such, it is best if athletes could find out more about weight loss as it relates to hormone therapy.

The short version of the story is that the Human Growth Hormone is responsible for cell reproduction, regeneration and growth. Being a naturally occurring hormone, that is produced in the pituitary gland, it is tasked with many things like slowing down the aging process or treating most age-related diseases. But the HGH also stimulates the liver with the goal of creating a protein quite similar to insulin, which later produces cartilage cells. This, in turn, helps organ growth while also being responsible for muscle protein synthesis. So naturally, we associate this hormone with increased performance, and also weight loss.

But the mechanics of HGH therapy is a rather complicated topic to explore in this short article, so youll have to spend extra hours researching how it works in relation to improving your BMI, and ultimately performance. We tracked few studies that show controversial results, which only further illuminates the need for detailed research on your part. Needless to say, Google alone wont suffice eventually you will have to consult with a medical professional.

The growth hormone is listed on the prohibited World Anti- Doping Agency list of anabolic agents. In fact, most sports associations and leagues such as the International Olympic Committee, National Football League, Major League Baseball and World Anti-Doping Agency have banned it. What this means is that any athlete, be it a junior athlete, an elite athlete or a masters level athlete is at the risk of disqualification once the tests show that they are abusing GH.

Needless to say, there is conflicting evidence as to whether or not HGH therapy improves athletic performance by as much as previously though. A safer path, perhaps, is lifting heavy weights and creating a caloric surplus.

Bodyweight workouts wont help you get the same results as training with resistance, but if you are adamant on exercising using your own weight only, then perhaps consider intense supersets that target several muscle groups at once.

Side effects of HGH
therapy

Like any other treatment, however, side effects are always a
possibility. It is, therefore, important to note that since our bodies are
different, we all react differently to all treatments, including HGH
replacement therapy. As such, some of the side effects might be similar, while
some might totally differ. Studies have shown that close to 30% of
HGH patients experience some side effects. Having said that, Let us now look at
some of the side effects of HGH therapy;

The takeaway HGH for athletic performance 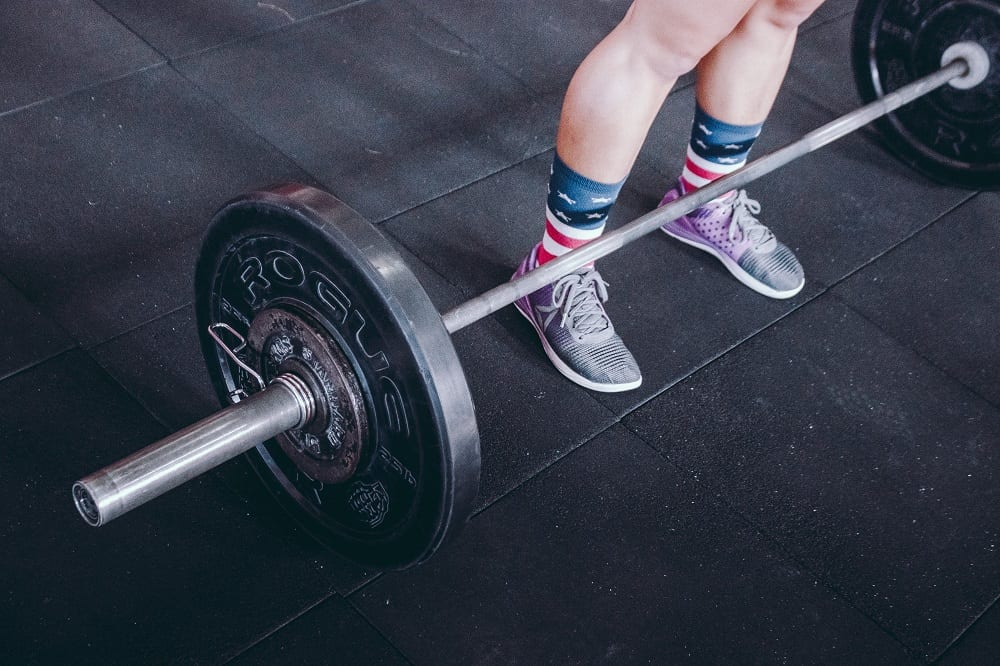 Now that you are more informed, understand how the growth
hormone works, and what is its importance, the big question remains should
you consider HGH therapy?

Well, it is evident that HGH therapy can have immense benefits,
but since its use for improved performance is banned in the athletic arena, it
is best to choose natural methods of boosting the growth hormone in your body.
That is, if you actively compete. Bodybuilding has been proven to affect your
growth hormone levels, especially if you lift heavy and add a caloric surplus
to your diet.

If, on the other hand, you are out of the court and field, you
should definitely talk to a qualified professional and go through all of the
pros and cons before making up your mind. Although relatively new in the public
eye, HGH therapy has been well established for many years now, and it is a
viable alternative to weight loss methods and different strategies for
improving athletic performance.

Have you tried this NEW workout plan that everyone is talking about?

Related Topics:
Up Next

Dumbbell Dangers How to Prevent an Injury When Working Out With Dumbbells?

Stay Healthy And Active With These Fitness Tips 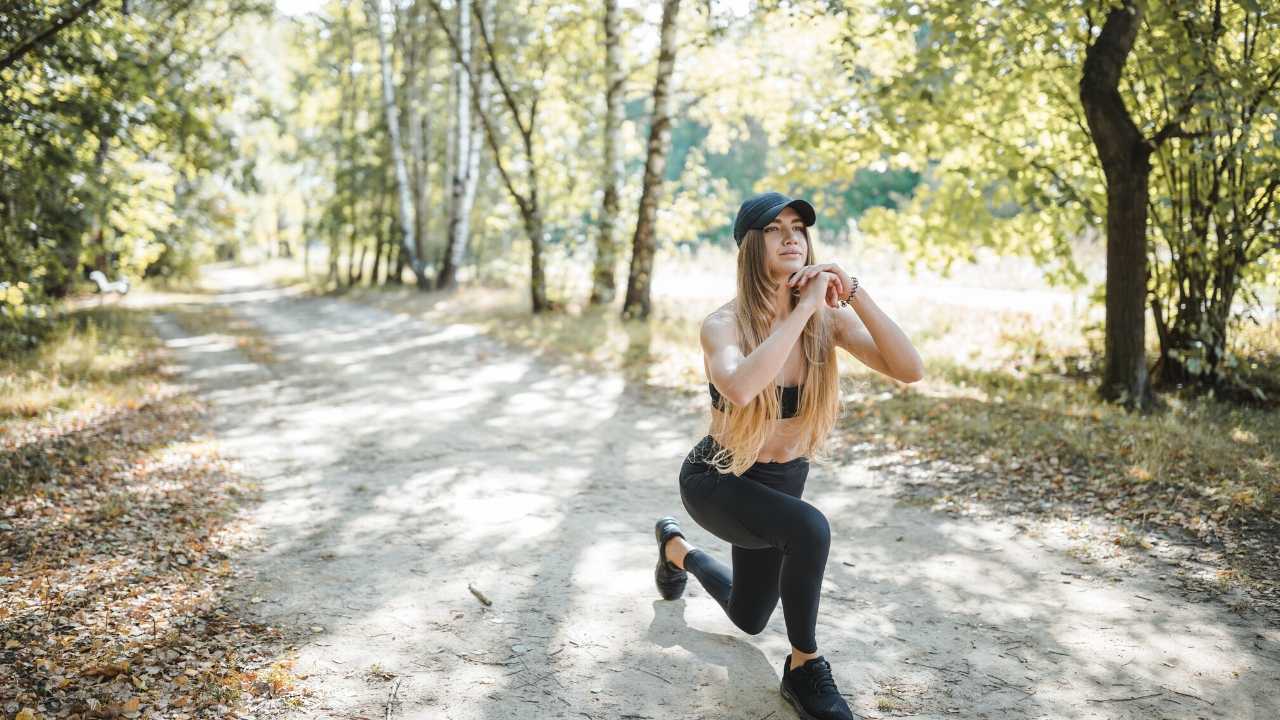 Overall fitness isn't just about cardio. Although cardio is a major component of weight loss and heart health, it is important to incorporate strength training into your fitness regimen. Strength training builds muscle mass and helps you burn more calories post-workout. Follow these strength-training tips to amp up your workout and get a complete workout.

Alternative sports can offer people good fitness options for people, alongside the more regular forms of exercise. Free-running is a sport that emphasizes full body fitness. Climbing, running, and general agility are main requirements to free-run as you run, climb, and jump across many obstacles. Not only are they fun, but they unleash your inner child's desire to run and jump over railings, off the beaten path of adulthood.

The best way to get children interested in fitness is to be a good example and by being involved with them as much as possible. Try taking an exercise class, playing tennis or hitting a baseball together. Not only will you both benefit from the increased activity, but it's a great way to maintain a close relationship.

To help you include exercise into a tight schedule, you should walk whenever possible. That could mean taking the stairs instead of the elevator at the office or parking at the back of a large lot to give you a brisk brief walk to the store. When it comes to working out, every little bit counts.

Add resistance training to your exercise plan. Resistance training helps build muscle. The more muscle you have in your body, the more quickly and efficiently you can burn calories. Resistance bands or light weights are good options for working out at home. You can also use your own body weight to provide resistance. Exercises, such as push-ups and squats, make your muscles bear the weight of your body and that builds strength.

After every workout, one thing you may want to do is take protein. This can be either in the form of a protein shake, a protein bar, or basically any meat product. This allows for your muscles to recover faster from your workout and overall make your muscles grow larger.

Obviously, there are many options when it comes to working strength moves into your fitness routine. Keep doing your cardio, but additionally, choose any number of the tips mentioned to keep your muscles strong and prevent injury. Not only will you increase your calorie burn, but you'll have awesome muscle definition to boot.

Learn About Different Strategies To Improve Your Fitness Level 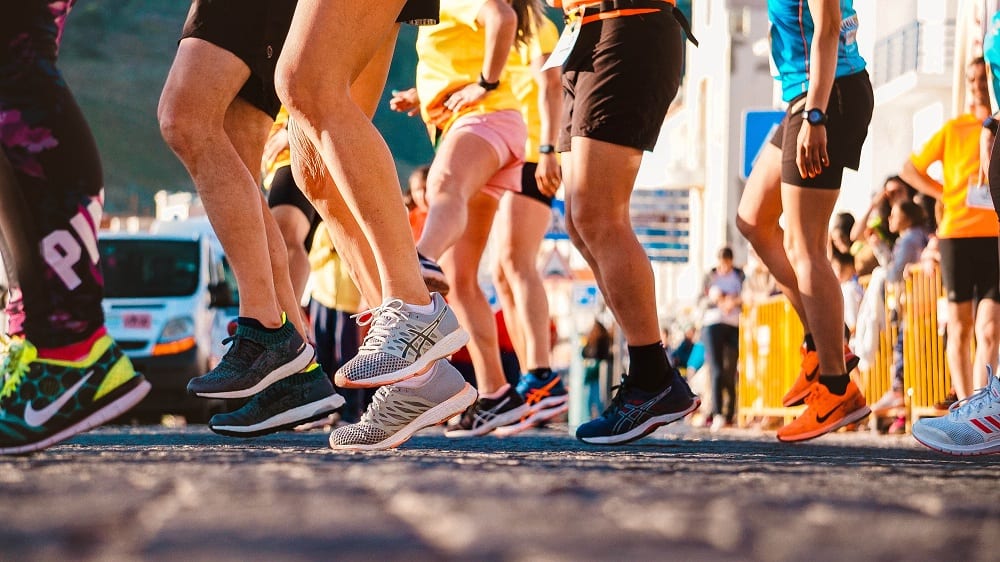 Overall fitness isn't just about cardio. Although cardio is a major component of weight loss and heart health, it is important to incorporate strength training into your fitness regimen. Strength training builds muscle mass and helps you burn more calories post-workout. Follow these strength-training tips to amp up your workout and get a complete workout.

If you're just starting out with exercise, start out slow. Don't jump in head first and try to run five miles without having exercised before. You can wind up injuring yourself and doing more harm than good. Instead start with a short walk and slowly increase the length and the speed. Before you know it you'll be running five miles without any problems.

When rock or wall climbing, a great tip is to purchase shoes that fit your feet so tight that you can stand, however, you can not walk comfortably. Wearing shoes this tight will: give you the best control; and will help you use your legs in the most efficient way. Using your legs is crucial when climbing.

A great tip for optimizing your fitness is to wear a heart rate monitor when you work. With a quality heart rate monitor you can track your heart beat to see if you are getting the best workout for your goals. Many can be worn as watches so they are not a bother to workout in.

Work your stabilizers out first! Generally weights like dumbbells can tire your muscle stabilizers out first. A good work out plan uses dumbbells, then barbells, and then machines, simply based on how much the mechanism requires you to stabilize. Good balance and form are necessary for proper work out results and muscle development.

Your fitness program should include regular workouts with quality exercises. The length of the workout is not so important as what you do while you are working out. You should start at twenty minutes and gradually work your way up to an hour. You don't want to be exhausted when you work out or you will not get as much benefit from the exercises.

When you go to a vegetarian restaurant do not think that you have free reign over all of the options they present. Many of the foods at these types of restaurants are just as high in calories and saturated fats. This means you need to stay on guard about what you order.

There are three aspects to fitness that need to work in tandem in order to provide you with a healthy lifestyle. Each of these should be worked on and they are mental health, diet and exercise regimen. If you only work on one or two of these you will never reach your goals.

Obviously, there are many options when it comes to working strength moves into your fitness routine. Keep doing your cardio, but additionally, choose any number of the tips mentioned to keep your muscles strong and prevent injury. Not only will you increase your calorie burn, but you'll have awesome muscle definition to boot.

Welcome to My . . . Bodyweight Workout 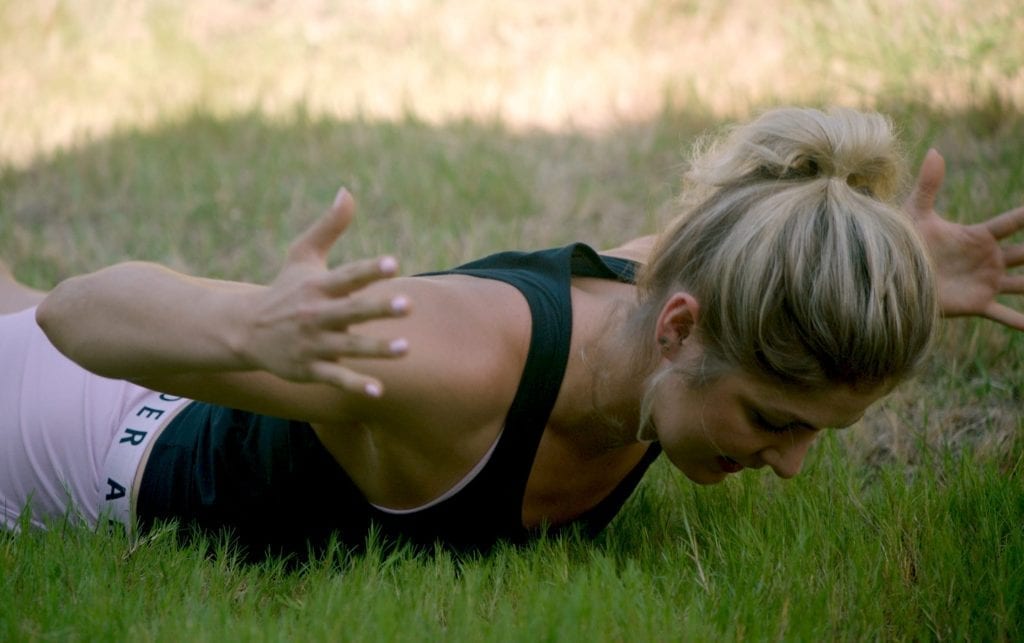 All you need is your body and an empty space to do this quick and effective bodyweight workout from personal trainer Sydney Torabi.

The post Welcome to My . . . Bodyweight Workout appeared first on Under Armour.

Have you tried this NEW workout plan that everyone is talking about?

Sit Ups vs. Crunches Which One is Better and what is the difference?

Dumbbell Dangers How to Prevent an Injury When Working Out With Dumbbells?

HGH Therapy For Athletic Performance What You Need To Know